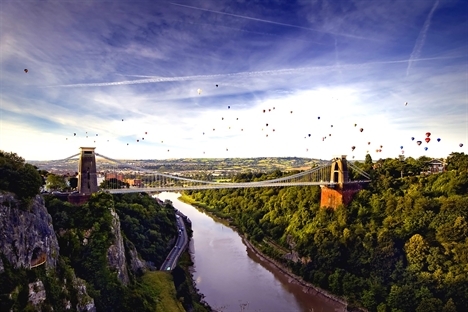 Bristol has been crowned number 1 overtaking the capital, London, as the UK’s leading smart city in a new report commissioned by Huawei.

The UK Smart Cities Index is based on how 20 cities have evolved including their strategies and key projects by Navigant Consulting for Huawei UK.

The report highlights several key projects in Bristol including a city-wide private terabit fibre network called Bristol is Open (BiO) which is used to connect smart sensors on streetlamps around the city monitoring air quality and traffic and connects up a supercomputer and 3D immersive display at the local planetarium. It is also used as the backbone for a new Smart City Operations Centre that opened last week. This integrates the council’s Emergency Control Centre, Traffic Control Centre and Community Safety (CCTV) Control Rooms for the first time along and also provides services such as telecare, alarm and security monitoring and lone worker support with almost 60,000 welfare and telecare calls received every month.

The software defined networking operating system developed for BiO is being commercialised by startup Zeetta Networks and is being used to manage tens of thousands of separate WiFi connections at the local football stadium, Ashton Gate.

« Multiscreen Blog Post: A Source of Innovation An overview of the HbbTV Symposium »