Following the research statistics from Rethink TV earlier this month, further predictions are being made; “Google TV was in the operator’s face – with Google trying to assert itself over the top of content owners and service providers, but now Google has come back with a more mature attitude and got it right. If Google holds its current policy of not interfering with the Operator Tier and continuing to allow operators to use their own UIs and their own content protection services, the marketplace is set for huge growth.” Rethink TV; a division of the analyst/research firm Rethink Technology Research has published a report on the Android STB market titled ‘How Android TV finally won the set-top wars – Report and Forecast 2018-2022.’

The research company does not give figures in its report preview, however, the accompanying chart shows an impressive upward curve for Android TV devices, with global footprint increasing approximately 400% by 2020, compared to 2017. The chart for Europe reveals a similar pattern. 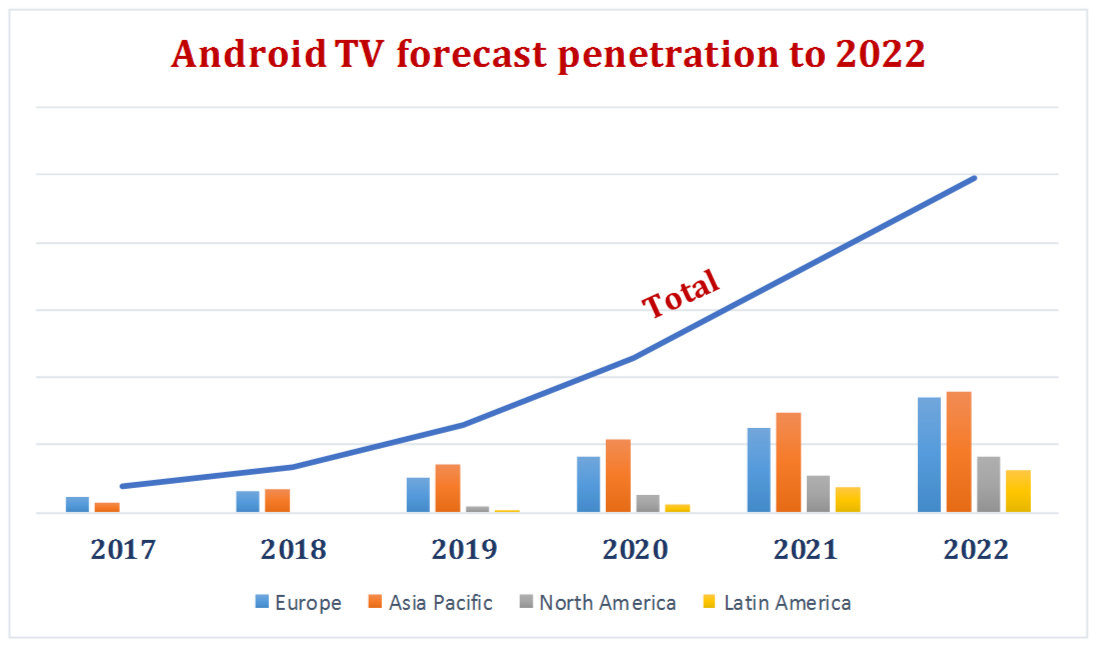 “Predictions of huge market potential for Android TV, with accelerating uptake from service providers, will lead to sharp shipment rises for vendors,” the report authors say. “In the past, it was not seen as a good idea to integrate Google’s Play Store into set-tops, but due to the upsurge in Netflix usage, operators are now happy to encourage that integration,” the report preview declares.

Accompanying these figures, Rethink TV’s previous report ‘How Android TV Finally Won the Set Top War’ said Android TV will explode from reaching 0.9% of all pay TV homes globally in 2017 to 10.9% by the end of 2022, while accounting for over 25% of all new device shipments during this time frame.